In the Shadow of Tyranny: Between Hitler & Stalin
Second Edition (2020) 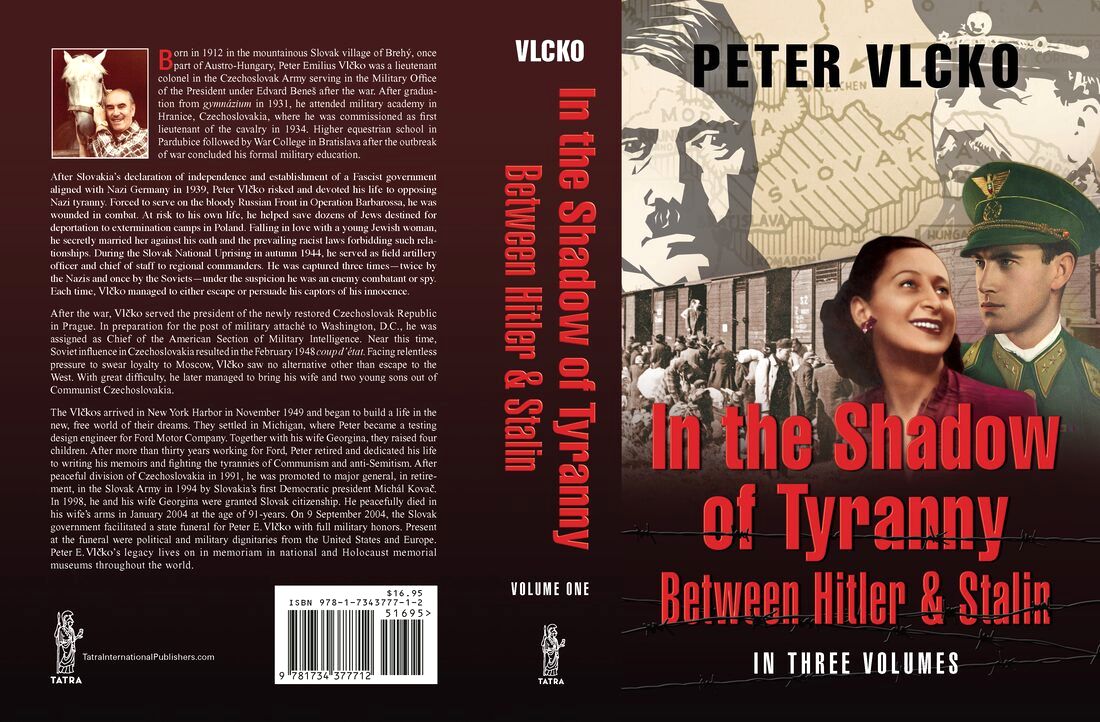 From the bloody Russian front to a military uprising and a Communist putsch, “In the Shadow of Tyranny” takes the reader through two of the greatest tragedies of the twentieth century. This epic and harrowing Holocaust thriller has all the elements of a timeless story: intrigue; espionage; war; racism; genocide; political tyranny; romance; imprisonment; daring escapes; and freedom. The author also dares to tackle some of the most controversial issues relative to these two tragedies: the origins of the Nazi and Communist movements; the history and etiology of modern anti-Semitism; the Russian Revolution and civil war; the "Jewish Question" in Slovakia; the Soviet Union’s role in the Slovak National Uprising; the 1948 Communist putsch in Czechoslovakia; and war crimes trials and amnesty. In closing out this sweeping, landmark magnum opus, the reader is left with a provocative examination of how humanity in all its progressive modernity could have produced such enormous tragedies, and the timeless lessons, thereof.
​            This second edition (2,152 pages) significantly expands the story presented in the first edition (1973). In addition to a relatively in-depth exploration of the origins of the Nazi movement, the second edition also includes brief biographies of the lives of Peter Vlčko and Georgina Reichsfeld before they met, that lay the foundation for the remainder of the book. Preserved from the original, however, is the moving story of a love affair between a young, beautiful, hunted, and condemned Jew trapped in the lion’s den and a handsome, well-positioned Aryan Slovak Army officer in the Ministry of National Defense whose unlikely fates and disparate backgrounds amalgamate in symbiotic harmony. Their story is the perfect antithesis to, yet microcosm in the thunderous backdrop of war and genocide. The stark contrast of these two settings epitomize the two extremes of the human experience: the insanity and chaos of war and the blissful serenity of love.
Whether or not you have read the first edition, I invite you to take this journey back in time and explore the dramatic events of 1938–1948 Europe and the shocking history of what foreshadowed two of humanity’s greatest tragedies—Nazism & Communism. Europe during that turbulent decade remains for all generations a popular theme in the visual arts, humanities, academia, and memorials. Its legacy will live on forever; the only concern is whether its timeless lessons will continue to press upon us or be lost.